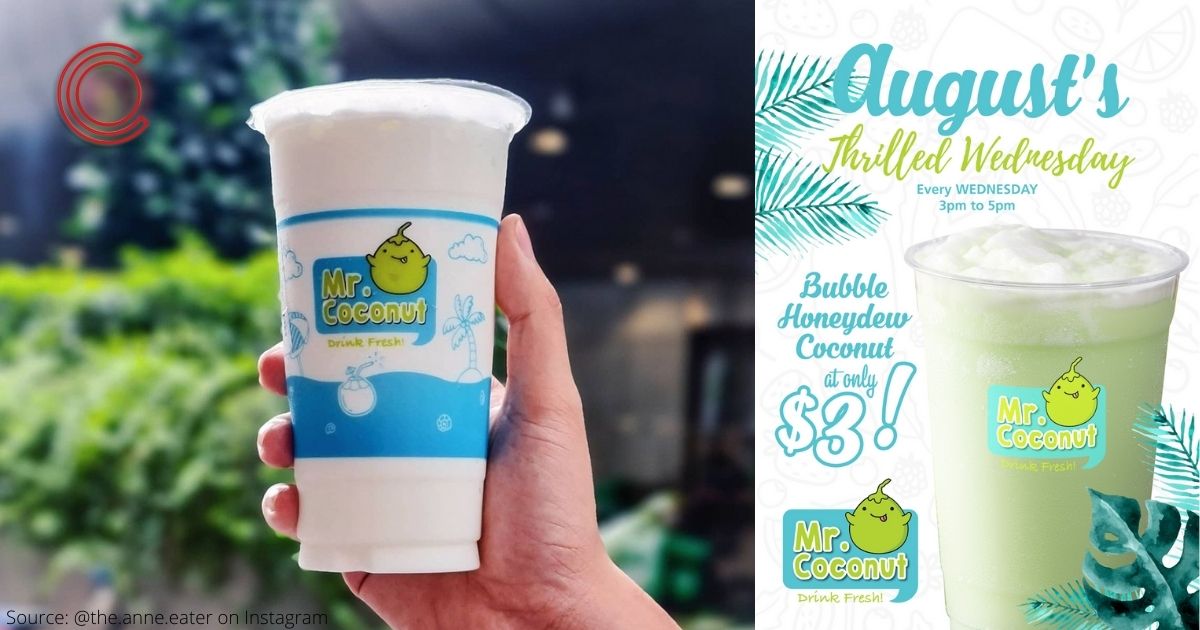 We nearly went bankrupt. The three of us had no experience in F&B and we bought machinery that we didn’t end up using. Rental was high and customers preferred to drink bubble tea

Those were the words of Mr Coconut’s Co-founder, Andrew.

Their brand was previously known as Xiang Yu Icy House. The main challenge faced was struggling to keep their customers coming back, there were not enough sales to sustain in the first year of business.

It wasn’t always easy, how did Mr Coconut become one of those brands that expanded so quickly now?

You probably know of Mr. Coconut – and what usually happens at their stalls during peak hours, (very long queues!) A reason for their big success can be attributed to their effective branding, prominent on all their kiosks throughout the nation.

When they engaged us to repackage the Xiang Yu brand, Mr Coconut thus emerged as the rebranded version. The importance of branding quickly became apparent to the team as they realised that customer retention is necessary for a long-term business. With the right customer retention strategy in place, this can increase their customers’ lifetime value.

With the knowledge that their target audience uses social media, the brand immediately implemented a 180° rebrand which allowed them to maximise their social media presence and increase engagement with customers.

This allowed them to take advantage of new branding opportunities on Facebook as well as other platforms. You’ve probably already know that it generally costs 5x more to acquire a new customer than to retain old ones, and this is exactly how we do it.

Mr Coconut’s logo is a relatively casual one – a big round coconut with a smile on its face. When paired alongside cool colours like green and blue – it gives off the impression that the brand is a relatively easygoing franchise as a whole, offering delicious freshness to anyone buying a drink from them. This is understandably useful for their image as a whole – as fans of the brand will definitely look for them during a hot Singaporean afternoon in order to quench their thirst!

We introduced mouth-watering photography and impactful visuals to attract new followers to their store.

A refreshing logo is great – and when paired alongside equally casual and chill-looking advertisements, it can really draw in the customers who need a cool drink for the day ahead. Heavy usage of tropical leaves, as well as light illustrative elements, help to give off a relaxed vibe which is something you definitely want to do as a brand that sells drinks!

In order to reinforce that cool and relaxing image that the previous rebranding elements have given off – the packaging must reflect the same messages as they do, so using the same colours as well as inserting tropical elements is the perfect way to get that across. Paired alongside the drink within the cup, it makes for a great design that you can see from afar – as well as a post on social media sites due to its visual appeal!

We created an Online Ordering System introducing 1-for-1 promotional campaigns, and loyalty programmes to make sure that existing customer keeps coming back.

Since then, Mr Coconut now has 23 outlets islandwide and we’re grateful to be a part of their journey!

Let us work together to rebrand your brand as successfully as Mr. Coconut.

Get in touch with us today!